Coffees imported directly from the highlands of the Colombian coffee region, known for their excellence in cup coffee.

The Caturra variety is a mutation of the Bourbon variety, smaller in appearance than the other varieties (dwarfism), which is why it was called Caturra.

It has been cultivated and harvested by Gustavo Gomez and his family on the Santa Cruz farm in Marquetalia (Caldas), part of the Colombian coffee axis and an area chosen by UNESCO as a world heritage site since 2012 as "COFFEE CULTURAL LANDSCAPE OF COLOMBIA"

Coffee processed with the "washing" technique, which implies that drying is carried out after removing the skin and pulp from the fruit in a process called pulping, leaving only the coffee seeds wrapped in a dense layer like honey called mucilage that stops power to remove it is washed in large tanks of water (hence its name washed). Already with the seeds without remains, it dries in the sun on sliding roofs or drying patios.

The washing process has evolved to be more friendly to the environment, which has led to the fact that today less water is used per kilo of washed coffee and that the water that remains after the process is treated for reuse. 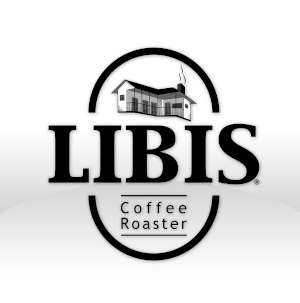  Be the first to write your review! Related Products ( 16 other products in the same category ) Price €8.95
Gaia is a project by Bernard Ornilla, a man from Bilbao who, after working for many years in sustainable and ethical agriculture, decided to create... Price €15.90
“Geisha” or “Gesha” coffee is considered one of the most exclusive and expensive coffees in the world due to the strict cultivation and processing... Price €50.00
Free shipping pack in Spain! Only sold in Beans All three varieties stayed intact for 48 hours before the cherry was de-pulped and fermented for 12... Price €8.95
Guatemala is one of the origins that produces the best coffees. Huehuetenango is the most famous region for the quality of its coffees and has the... Price €10.95
Gaia is a project by Bernard Ornilla, a man from Bilbao who, after working for many years in sustainable and ethical agriculture, decided to create...



 Can not login without email!

 Can not login!

Please contact with us or try to login with another way

Thanks for logging in